Housing On The Move Up

Some Info courtesey of USAToday.com

As suspected Charleston South Carolina homes sales continue to improve much like the rest of the nation due to a reduced number of available homes for sale. Home builders in Mount Pleasant, SC and probably those throughout the rest of the country are loving this new market condition. As long as there is a decrease in housing inventory they stand to make a killing the faster they can get homes built as there is so much less to choose from. Who doesn't want new vs used? Sales of previously owned homes edged up in January, held back by a shortage of homes for sale, according to the National Association of Realtors. 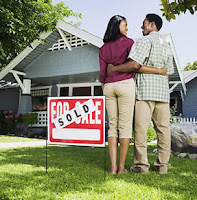 Lawrence Yun, chief economist of NAR said:  tight inventory is a problem and, as a result, "We've transitioned into a seller's market in much of the country."
Single-family home sales increased 0.2% to a seasonally adjusted annual rate of 4.34 million in January vs. 4.33 million in December, and 8.5% above the 4 million-unit level in January 2012.The median single-family home price was $174,100 in January, up 12.6% from a year ago.
"Buyer traffic is continuing to pick up, while seller traffic is holding steady," he said. "In fact, buyer traffic is 40% above a year ago, so there is plenty of demand but insufficient inventory to improve sales more strongly."
Furthermore the average rate on the 30-year fixed mortgage rose slightly this week but remained near favorable lows. The cheap mortgages that are encouraging more people to buy or refinance could also help sustain the economy's recovery this year. Increased sales are helping lift home prices, which tend to make consumers feel wealthier and more likely to spend. And when homeowners refinance, it typically leads to lower loan payments and more spending. Homes available for sale at the end of January fell 4.9% to 1.74 million previously owned homes, a 4.2-month supply at the current sales pace, down from 4.5 months in December, and the lowest supply since April 2005, when it was also 4.2 months, the NAR said. Real estate agents in Mount Pleasant, SC are seeing bidding wars and homes actually sell above list price. Charleston, SC home market conditions.
Inventory is 25.3% below a year ago, when there was a 6.2-month supply. The number of homes available for sale is at the lowest level since December 1999, when there were 1.71 million homes on the market, the Realtors said.


Overall, sales of single-family homes, condos and townhouses were up 0.4% from December, at a seasonally adjusted annual rate of 4.92 million. That was up from a downwardly revised 4.90 million in December, and 9.1% above the 4.51 million-unit pace in January 2012. Distressed homes -- foreclosures and short sales -- accounted for 23% of January sales, down from 24% in December and 35% in January 2012.
Still, the housing market has a long way to go to a full recovery. And many people are unable to take advantage of the low rates, either because they can't qualify for stricter lending rules or they lack the money for larger down payment requirements.