Some data According to USAToday.com
States with quicker foreclosure processes are seeing larger increases in home prices than states where foreclosures take longer to get done, and the Charleston, SC real estate market is not one of those places.
There are exceptions, and other factors — shrinking real estate inventory — are likely stronger drivers of home price trends, economists say.
But home price data generally show stronger price increases in states where courts don't have to approve foreclosures than in states where they do. It goes without saying foreclosures are completed faster where court approval isn't necessary.
Last year, home values tracked by Zillow, rose an average 5.4% in the 24 states where foreclosures don't go through the courts, according to Zillow. Verses the average increase only being 3.2% where they do, and the asking price, a leading indicator of price trends, show a similar trend.
In January, asking prices in non-judicial states were up an average of 7.3% year-over-year vs. 3.1% for judicial foreclosure states, show data from real estate website Trulia. 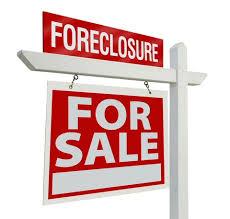 Non-judicial foreclosure states have tended to clear out distressed home inventory quicker, which is helping prices, says John Burns, CEO of John Burns Real Estate Consulting. Its home price analysis shows that the 10 major metropolitan areas that have seen the most rapid appreciation in the past year are in non-judicial foreclosure states.
Job growth and how far prices dropped during the housing bust are probably more accurate indicators of home price trends, claims Trulia economist Jed Kolko. But foreclosure speeds also are a contributing factor.
In Florida, New York and New Jersey — all judicial foreclosure states — the average mortgage loan in foreclosure was past due for more than 31 months before the process was completed, according to December data from Lender Processing Services.
In California, Arizona and Nevada — all non-judicial foreclosure states — that average was fewer than 22 months, LPS data show.
As of December, 10% of Florida's home loans were still in some stage of foreclosure, the highest percentage in the nation. Behind it were New Jersey, at 7%, and New York, at 5%, according to CoreLogic.
The overhang of distressed homes in the market "is absolutely contributing" to smaller price gains in judicial foreclosure states, says Mike Fratantoni, economist with the Mortgage Bankers Association.
Florida home values, up 6.4% last year, bested the national rise of 5.9%, Zillow's data show. But values rose less than 1% last year in New York and New Jersey, Zillow says.
Florida values would probably have risen more last year if more of its foreclosures were behind it, says Kolko.
That's because Florida, like Arizona, California and Nevada, saw home prices fall more than 40% from its peak before the housing bust. It's also a market that attracts investor and second-home buyers.
Exceptions to the trends in price gains between judicial and non-judicial foreclosure states underscore that many factors influence home values, Kolko says.
For instance, Zillow's data show strong price gains last year in Indiana and South Carolina, both judicial states. These long lag times for foreclosing create a shortage in inventory thus driving the prices up. On the other hand, Rhode Island had the greatest price depreciation last year, the data show, and it's a non-judicial state.
Burns' data show that five of the top 20 housing markets for price gains were cities with full or partial court oversight of foreclosures, including Washington, D.C., New York and Miami.
Posted by Unknown at 5:01 PM